According to a report by data resource firm Diar, Bitcoin transaction fees are at their 2014 lows again. “Bitcoin transactions hit a one-year high last month nearing levels seen in the 2017 ramp up to the price boom,” says the report. Moreover, as at press time yesterday, the report finds that Bitcoin median fees had dropped […]

IBM’s platform built on Hyperledger Fabric has launched its blockchain main net at its Melbourne-based data center in Australia. Hyperledger is an umbrella project of open source blockchains and related tools, started in December 2015 by the Linux Foundation and supported by big industry players like IBM, Intel, and SAP to support the collaborative development […]

With reported instances of the latest ploy for hackers to access user funds, photo scamming is further proof that cryptocurrency cold storage is by far the safest way to keep digital assets secure. Doctored images are now for sale on dark web forums according to research by Hold Security and warnings from Bank Info Security, […] 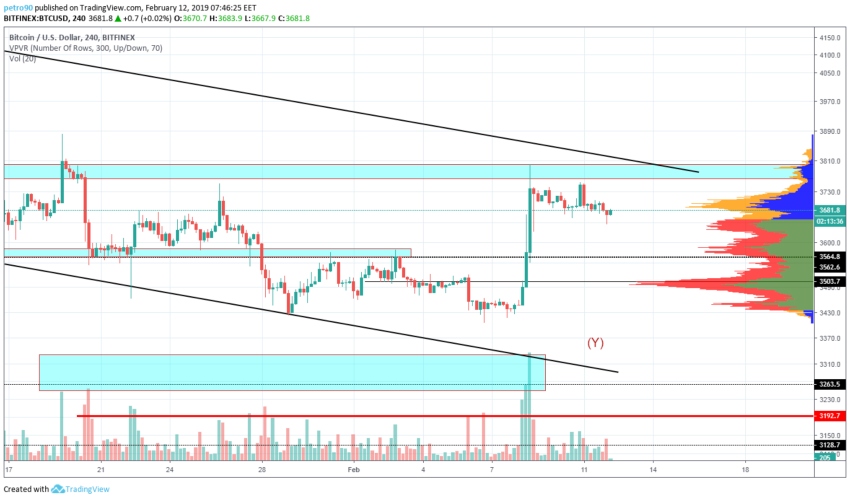 The standard model of price movement continues to operate on the market. After each active movement, the market stops for several days and is traded in consolidation. That’s what happened this time. After a one-day growth from 8 February, the price stopped and traded within a USD 50 range. Buyers stopped their movement in front […]

Blockchain enthusiasts are starting young, as proved by the third-placed team at a blockchain interoperability hackathon at the Barclays Rise fintech hub in London. The hackathon was hosted by London-based blockchain startup Clearmatics. The prize was awarded to a team of high school students from Bedford, who was up against challenging senior competition. Not only did […]

Crypto adoption in the Philippines continues to take form with the Union Bank of the Philippines (UnionBank) launching a two-way cryptocurrency ATM under its sandbox program. In a statement to local media outlet The Philippine Star, the bank said: “The bank’s continued quest to cater to the evolving needs and tastes of customers, including clients […]

Banco de Espana, the central bank of Spain, has warned Spanish citizens of the risks associated with investment in cryptocurrencies according to a post published on its official blog. The bank believes that “unregulated cryptocurrencies” pose a grave threat to investors due to their volatility, anonymity and lack of regulations. This conventional institutionalized response from the bank […]

In response to a lawsuit, Israeli crypto entrepreneur Moshe Hogeg has denied allegations of misappropriating investor funds, insisting that white paper claims are not legally binding. In addition to being the CEO of Sirin Labs, Hogeg was behind the blockchain firm known as Stox (STX) on which the case is based. The news was reported by […]

Convincing other people to believe one is Satoshi Nakamoto may appear to be one aim of Bitcoin Cash forks in recent history. First, it was Craig Wright of Bitcoin SV who declared himself as the legendary Bitcoin creator and now, one developer of Bitcoin Cash ABC (the other fork of Bitcoin Cash) is purporting to […]

Billionaire Investor Says Bitcoin Should Be 1% of Major Macro Funds

Mike Novogratz, a billionaire investor, believes that at least 1% of portfolios of all major macro fund should be held in Bitcoin. His statement came after Bitcoin displayed a strong corrective rally. Don’t understand why all the big macro funds out there don’t have a 1 percent position in $btc. Just seems logical even if […]