Germany plans to instate new blockchain regulation before the parliament’s summer recess, focusing on what is being called a ”digital value right”. Such a digital value right would allow bonds, such as bearer bonds that are traditionally paper-backed, to be issued as virtual tokens on a blockchain. The process could take place through a similar […]

TechCrunch has reported that African payment fintech Chipper Cash managed to successfully raise USD 2.4 million in a funding round, after enticing several high-profile backers, including American football athlete Joe Montana. After launching seven months ago as a peer-to-peer cross-border payments services without fees, they decided to raise funds for further expansion. This round was […]

The Liechtenstein Government has adopted the report and motion on Tokens and Trustworthy Technology Service Providers (Token and TT Service Provider Act; TVTG). This is more frequently referred to as the Liechtenstein Blockchain Act. The TVTG also now introduces a “new legal object” described as “token” as digital representations with legal certainty on TT systems. According […]

A Coindesk Korea report says that the South Korean government has now decided to do away with the guidelines for Anti Money Laundering (AML) within virtual currency, and will instead introduce legislation to directly regulate cryptocurrency exchanges. Last week, the Financial Services Commission, the South Korean monetary authority, included the ‘Guidelines for Preventing Virtual Money […]

Nordic banking institution Nordea has now widened access to its blockchain-based trading platform we.trade by allowing small and medium-sized enterprises (SME) to use it. Its Global Head of Trade and Finance and Working Capital Management, Patrik Zekkar, said that this should help in reducing the “trust deficits” in cross-border trade, seeing that more than half […]

In a recent development involving the Chinese messaging app giant WeChat updating its payment policy, and restricting the use of cryptocurrency services on its platform, slight tension may have been created in the Chinese Bitcoin market. The development was brought to the notice of the larger cryptocurrency community in a Tweet made by Dovey Wan, […]

A report today claims that JPMorgan Chase has rebooted the underling blockchain of it its prototype cryptocurrency, JPM Coin, following six month long efforts from technologists in London, Singapore, and the US. JP Morgan’s private version of the Ethereum blockchain, Quorum, has had an overhaul of its privacy features in an effort to make the […]

Tough times in the crypto market from the 2018 bear ride may have spilled overboard into 2019 affecting major stakeholders in the industry, however, while recovery on some aspects of the market seems hopeful, mining equipment manufacturer Bitmain experienced an 88% drop in its internal mining operation. According to a report on Bitmain-owned hardware performance, […]

A blockchain-backed system will be integrated into Malta’s Registry of Companies according to a news piece on The Malta Independent on 8 May 2019. Official information and documentation concerning both new and existing companies are currently held by the Registry of Companies (a public registry). At the end of 2018, the agency established itself as an independent entity after separation […] 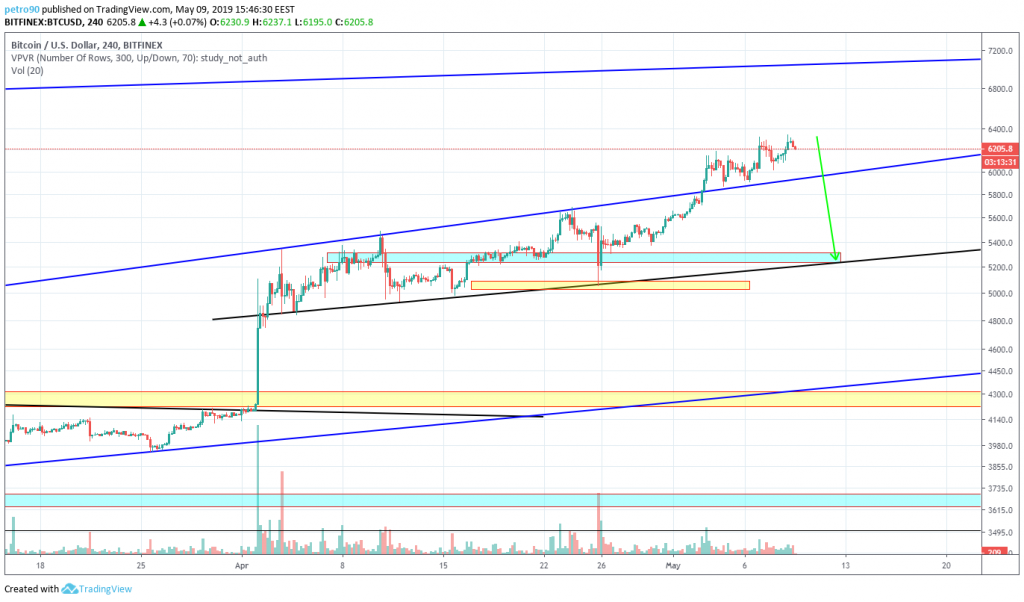 Starting from 4 May, the price stopped over the main trend line, which constantly kept the price within the channel from December 2018. Buyers are trying to start attack the price zone of $6300-6600, but as soon as the price touches this area, sellers immediately enter the game: However, at the moment, the initiative is […]