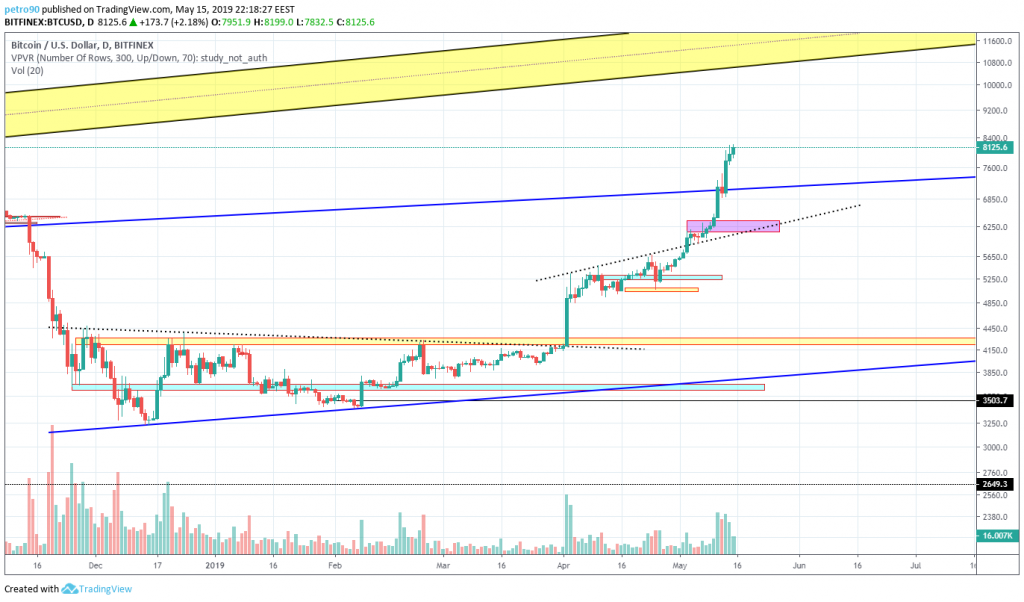 How long have market participants been waiting for such growth, but at the time of its beginning, few people managed to catch it. Buyers managed to break through the global trend line, which once formed the triangle, in which the price was traded within 4 months, starting from July 2018. This trend line once kept […]

Baltimore City continues to resist the demands of hackers who have managed to infiltrate and lock its government systems, ensuring that the city has essentially remained in lockdown mode since 7 May 2019. The ransomware attack has shut down systems essential for completing home sales, halting property deals in Baltimore during one of the busiest […]

Led by the National Association of Software and Services Companies (NASSCOM), lobbyists from the Indian technology industry as well as startups have asked India’s banking regulator to ensure that cryptocurrency and related assets are included in its regulatory sandbox framework proposed for the financial technology (fintech) industry. The Reserve Bank of India (RBI) issued last […]

How Important is Blockchain Interoperability?

Blockchain interoperability describes the process by which different blockchains can communicate with one another, allowing a smoother process of sharing information. Many consider interoperability key to the success of blockchain applications being user-friendly, practical, and economically efficient. Think of it in terms of social media; if everyone’s friends are using different platforms that can’t interact […]

As Bitcoin continues to show inexhaustible rallying pushes this week, gold has quietly hit its highest point since April (USD 1,298.26 an ounce, spot price), while penny stocks are capitalizing on the Bitcoin buzz. Early Thursday trading in Asian markets saw a renewed push for Bitcoin to break resistance levels at USD 8,200, although as […]