Ex-Coinbase CTO: All Tech Will be Rebuilt on Blockchain

Ex-CTO of Coinbase and angel investor Balaji S Srinivasan has made a bold claim that Bitcoin will one day displace all that we know of the tech industry, Silicon Valley and even Wall Street, insisting that all known tech will eventually be rebuild upon blockchain. Srinivasan made a surprise departure from one of the world’s […]

A Bitcoin enthusiast known as Cypherm0nk has shared an image of Twitter of an apparently successful operation of the Bitcoin Core client on the Nintendo Switch device. From the image shared, it appears that the latest version of Bitcoin Core (0.18.0) is currently operating over a Linux Ubuntu operating system, booted up from the hacked […]

The Malaysian Securities Commission (SC) has recognized and accepted the registration of three cryptocurrency exchanges in the country: Luno Malaysia, Sinegy Technologies and Tokenize Technology. A press release on Monday detailed the event, explaining that from now on crypto exchanges must be registered with the SC to operate legally. The three names exchanges will now […]

The slippery slope continued to exact its toll on Bitcoin yesterday but stubborn buyer positions prevented a breach of USD 7,500 and managed to recover some of its losses in Asian trading markets today to settle around a price of USD 7,766 (7:00 am UTC, CoinDesk). It is still a loss of about 1% from […] 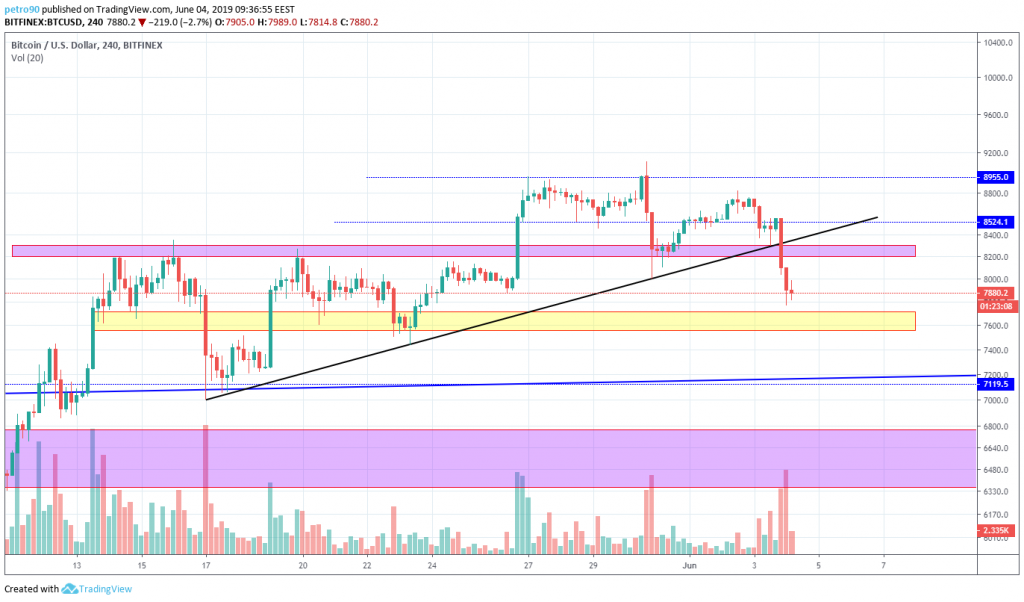 The new week of Bitcoin trading started with a fall. After a new unsuccessful attempt to break through the price zone of  $8,530-8,950, sellers started correction because of weakness of the buyers. Buyers could not keep the price zone of $8,200-8,300, which they, with great difficulty, had been breaking for 2 weeks. Sellers in 3 […]

The Supreme Court in Israel has ruled that local cryptocurrency exchange Bits of Gold was in the right in a legal battle between the company and an Israeli bank over the rights to maintain access to banking services. As reported by CoinDesk, the decision that arrived yesterday resulted in an order for Bank Leumi to […]