Sellers kept the range $9600-9800, where a good amount of liquidity gathered. The critical point for buyers remains at $8860. Keeping $9200, buyers will significantly accelerate the price growth to $10,500. Yesterday’s trading on Bitcoin market followed the scenario of buyers and ended at $9791. During the day, buyers managed to raise Bitcoin price by […]

Yesterday’s daily candle closed in the range $9200-9400. Looking at the nature of the growth, the mark $10,500 should not be a problem for buyers. The local critical point of buyers is $9200. The global one – $8860. The reality on Bitcoin market turned out to be much more optimistic yesterday and today. The sluggish […]

Buyers closed the daily candle at $8810 and behaved rather passively. The probability of repeated test of $8650 is quite high. The critical point of buyers’ trend remains at $7700. Yesterday’s trading day on Bitcoin market was too calm and peaceful. After dangerous and aggressive attacks of sellers on 10-11 May, buyers are calmly trying […]

Consolidation in the range $8100-9200 continued. The dominance of sellers in market sales over market purchases has decreased significantly. If buyers confidently test $9200-9400, they will increase their chances to continue the trend. An attempt to update the local low during yesterday’s trading on Bitcoin market was unsuccessful. Yesterday, Bitcoin price moved in the range […]

The weekly candle closed below the critical range $9200-9400. The probability of a test of $7700-8000 this week is very high. Fixing the price below $8650 will be a strong argument for the continued fall in Bitcoin market. The hot Sunday day of trading on Bitcoin market ended with a false breakdown of the range […]

Sellers tested the mark $8105 for an hour. The price again stopped in the range $8650-8850. The critical point for buyers trend is around $7700. There is no peace in the hearts of Bitcoin market participants over the weekend. Once again, strong movements of Bitcoin price occur on the weekend, and this weekend confirms it. […] 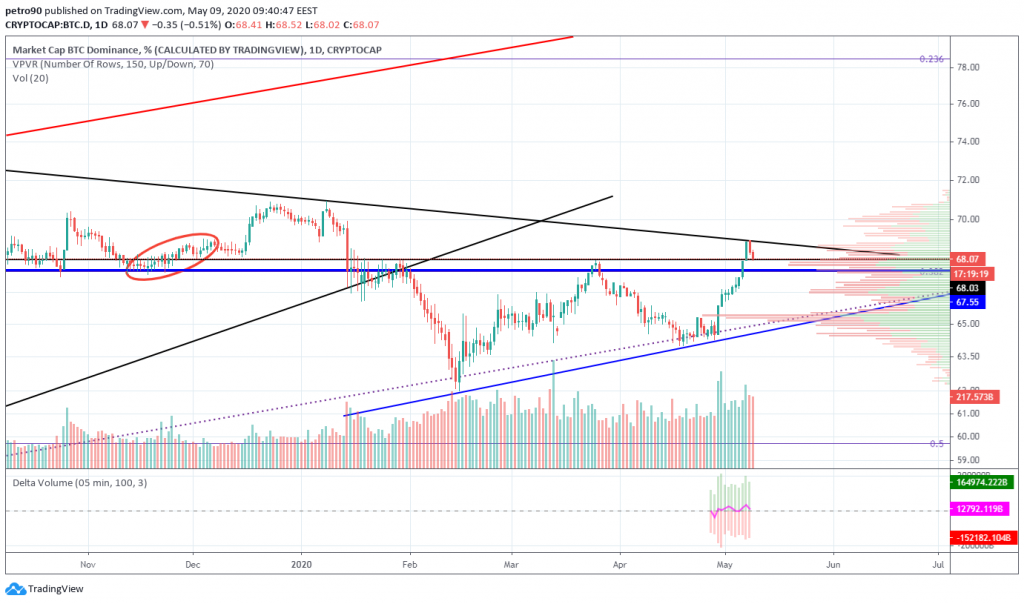